Autoencoder is a deep learning method used in deepfake approaches. An autoencoder is an artificial neural network with both an encoder and a decoder. The encoder can shrink the dimensions of the input and map it to an encoded form. A considerable amount of training data are required for this method. The decoder learns how to decode the encoded representation and rebuild the input pictures

The input data is deconstructed into an encoded representation, then reassembled into new images similar to the original images. Deepfake software combines two autoencoders, one for the natural face and the other for the new face.

The Threats That May Exist

Anyone can now get deepfake software simply by searching on Google, thanks to the advancement of technology and the internet.

There is also worry about the spread of disinformation to the general population. People are concerned about this technology and how criminals may use it to defraud people over the phone.

Deepfake has the potential to spread false information and provoke societal upheaval. We won't be able to corroborate these unlawful activities if we can't detect deepfakes, and we might not have enough evidence to condemn these criminals. As a result, a study into the deepfake phenomenon or fake video detection is crucial.

How is Deepfakes a Business Threat?

The goal of Deepfakes is to distribute fake news about anyone. Videos and AI generated faces of CEOs have been created in the past and used against corporations. Such incidents wreak havoc on a company's reputation. Companies must execute KYC to validate their consumers and KYB to authenticate other businesses. Such deepfake films can deceive the system, leading unauthenticated and incorrect persons to be accepted. This is why deepfake detection technology is a must.

It is a term that refers to the manipulation of Spam, phishing, and malware constantly targeting employees and firms' IT infrastructure; therefore, social engineering and fraud are not a new danger to enterprises. Most businesses have responded by implementing comprehensive cybersecurity systems and educating personnel in order to combat these attacks.

Deepfakes, on the other hand, will enable an unparalleled way of mimicking people, adding to fraud that targets people in traditionally "safe" settings like phone conversations and video conferences. This might include the fabrication of compelling synthetic voice recordings of a CEO seeking the transfer of certain assets or the construction of a synthetic impersonation of a client through Skype, requesting critical project data.

Deepfakes or AI generated faces will enhance and presumably expand extortion efforts against influential corporate executives, even if they aren't trying to influence markets.

Deepfakes might be used to swiftly create fake films or audio of corporate executives, exploiting current harmful rumors or generating new scenarios. These films may be used to blackmail someone by claiming that they are authentic and demanding a ransom or threatening significant damage to their reputation. Fake video detection services are the need of the hour.

In addition to frauds and direct impersonation, such deepfakes have the potential to increase market manipulation assaults. This might include the exact and targeted distribution of a deepfake, such as a video of US President Donald Trump vowing to impose or lift tariffs on steel imports, causing a firm's stock price to drop.

How Can You Safeguard Your Company From Deepfakes?

Unfortunately, the adage "see something, say something" may not be enough to spot increasingly convincing deepfakes. Individuals may, however, take several steps to reduce the hazards connected with deepfake activity. The following are some of them:

Finding a reliable deepfake detection technology means identifying deepfake attacks or fake video detection, especially using automated technologies, which is one of the crucial approaches for businesses to defend themselves against them.

One such potential is deepfake detection or fake video detection services by Cogito using the dfdc dataset. The same deep learning techniques used to make deepfakes may also be used to detect evidence that an image or video has been tampered with.

Firms such as Cogito, Anolytics.ai, and others offer deep fake video and AI generated faces identification services in the present market. They have deep artificial dfdc datasets, algorithms, and web data that can give them precise findings. 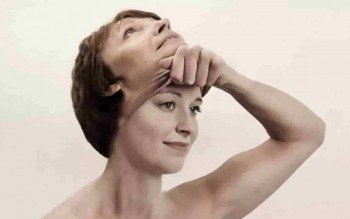