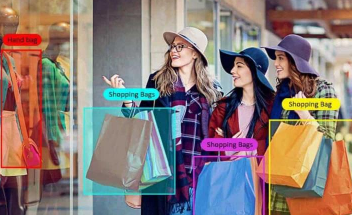 What Are The Applications of Image Annotation in Machine Learning and AI?

At the time of developing the AI models through machine learning (ML), the first and foremost important requirement is the relevant training data sets. This can only help the algorithms understand the scenario through new data or seeing the objects and predict when put in use in the real life making the various tasks autonomous.

In the visual perception-based AI model, you need images, containing the objects that we see in our real life. To make the object of interest recognizable to such models, the images need to be annotated with the right techniques and with the highest level of accuracy. Image annotation is the process, used to create such annotated images at scale. The applications of image annotation in machine learning and AI is substantial in terms of model success.

What is Image Annotation?

To make such objects recognizable in the images, they are annotated with added metadata for the description of the objects. When a huge amount of similar data is fed into the model, it becomes trained enough to recognize the objects when new data is presented in real-life situations.

Annotated images are mainly used to make the machine learn how to detect different types of objects. But as per the AI model functions, ML algorithms compatibility, and its use in various industries, image annotation applications also differ which we will discuss here below with the types of annotation.

Detect the Object of Interest

The most important application of image annotation is detecting the objects in the images. In an image, there are multiple things, or you can say objects. But every object would not be required to get noticed by the machines. The object of interest needs to be detected, and the image annotation technique is applied to annotate and make such objects detectable through computer vision technology.

Recognize the Types of Objects

After detecting the object, it is also important to recognize what kind of object it is; a human, animal, or non-living object like a vehicle, street pole, or other man-made objects visible in the natural environment. Here again image annotation helps to recognize the objects in a particular image.

Object detection and recognition run simultaneously, and while annotating the objects in various cases, the notes or metadata are added to describe the attributes and nature of the object, so that machines can easily recognize such things and store the information for the future.

It is not necessary that all objects in an image belong to the same category. If a dog is visible with a man, it needs to be classified or categorized to differentiate both of them. Classification of the objects in the images is another important application of image annotation used in machine learning training.

Along with image classification, the localization of objects is also done through image annotation practice. In image annotation, there are multiple techniques used to annotate the objects and classify them into different categories helping the visual perception-based AI model to detect and categorize the objects.

Just like object classification, objects in a single class need to be segmented to make it more clear about the object, its category, position, and its attributes. Semantic segmentation image annotation is used to annotate the objects wherein each pixel in the image belongs to a single class.

The main application of image annotation is to make the AI model or machine learning algorithm learn with additional accuracy about objects in the images. For semantic segmentation, image annotation is applied for deep learning-based AI models to give precise results in various scenarios.

AI cameras in smartphones or security surveillance are now able to recognize the face of humans. Do you know how it became possible in the AI world? Thanks to image annotation, that made the human faces are recognizable through computer vision with the ability to identify the person from the database and discriminate them among the huge crowd using the security surveillance system perspective.

In image annotation for face recognition algorithms, the faces of humans are annotated from one point to another point measuring the dimension of the face and its various points like chin, ears, eyes, nose, and mouth. These facial landmarks are annotated and provided to the image classification system. Hence, image annotation is playing another important role in recognizing the people by their faces.

Bounding box annotation is one of the most popular techniques used to detect the objects in an image. The object of interest is annotated either in a rectangular or square shape to make the object recognizable to machines through computer vision. All types of AI models like self-driving cars, robots, autonomous flying objects, and AI security cameras rely on data created by bounding box annotation.

To recognize, classify and segment the objects in a single class, semantic image segmentation is used to annotate the objects for more precise and accurate detection by machines. It is the process of diving the images into multiple segments of an object having different semantic definitions. Autonomous vehicles and drones need such training data to improve the performance of their AI model.

The image annotation applications not only include object detection or recognition but can also measure or estimate the types and dimensions of the object. 3D point cloud annotation is the technique that helps to make such objects detectable by machines through computer vision. Self-driving cars are the use cases, where these training data sets are created through 3D point cloud annotation. This image annotation helps to detect the object with additional attributes including lane and sideways path detection.

Landmark annotation is another type of image annotation techniques used to detect human faces. AI models like AI cameras in security surveillance, smartphones, and other devices can detect human faces and recognize the gestures and various humans postures. Landmarking is also used in sports analytics to analyze the human poses performed while playing outdoor games. Cogito provides the landmark point annotation with the next level of accuracy for precise detection of human faces or their poses.

3D Cuboid Annotation to Detect the Object with Dimension

Detecting the dimensions of the object is also important for AI models to get a more accurate measurement of various objects. The 2D images are annotated by capturing all the dimensions visible in the image to build a ground truth dataset for the 3D perception of the objects of interest. Again autonomous vehicles, AI robots, and visual perception models are used to detect indoor objects like carton boxes with the dimension that need such annotated images, created through 3D cuboid annotation.

Similarly, polygon annotation is used to annotate objects that are in irregular shapes. Coarse or asymmetrical objects can be made recognizable through the polygon image annotation technique. Mainly road marking or other objects are annotated for self-driving cars. And autonomous flying objects like drones viewing the objects from an aerial view can detect or recognize such things when trained with training data sets created through polygon annotation for precise object detection.

Lines, Polylines, and Splines are all similar types of image annotations used to create the training data sets allowing computer vision systems to consider the divisions between important regions of an image. The boundaries, annotating lines, or splines are useful to detect lanes for self-driving cars. Road surface markings that are indicating the instructions for driving on the road need to be also made understandable to autonomous cars. Polyline annotation that divides one region from another region.

The right applications of image annotation are possible when you use the right tools and techniques to create high-quality training data sets for machine learning. Cogito is the industry leader in human-powered image annotation services with the best level of accuracy for different AI models or use cases. Working with a team of well-trained and experienced annotators, Cogito can produce the machine learning training data sets for healthcare, agriculture, retail, automotive, drones, and robotics. 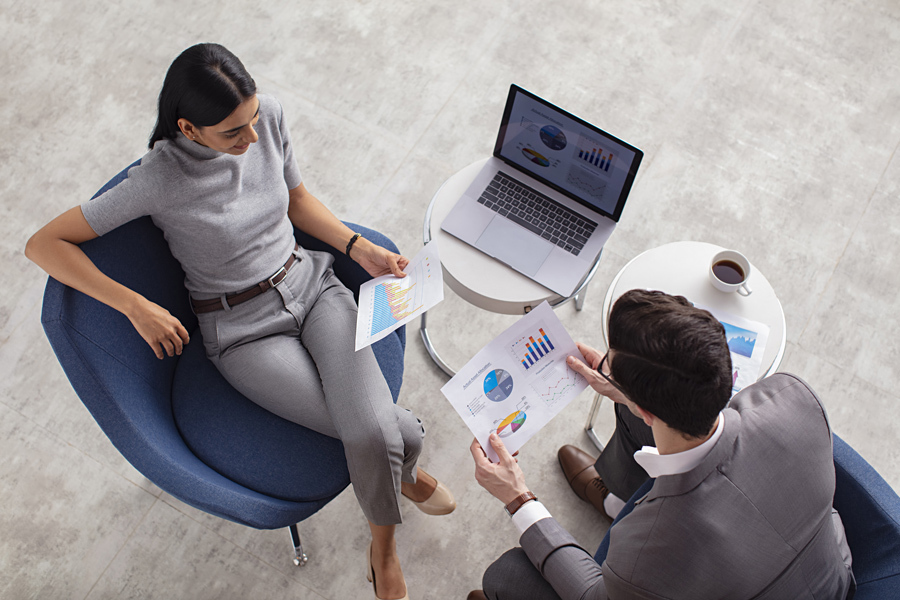 Text Annotation, Use Cases, and Its Usability to Machine Learning 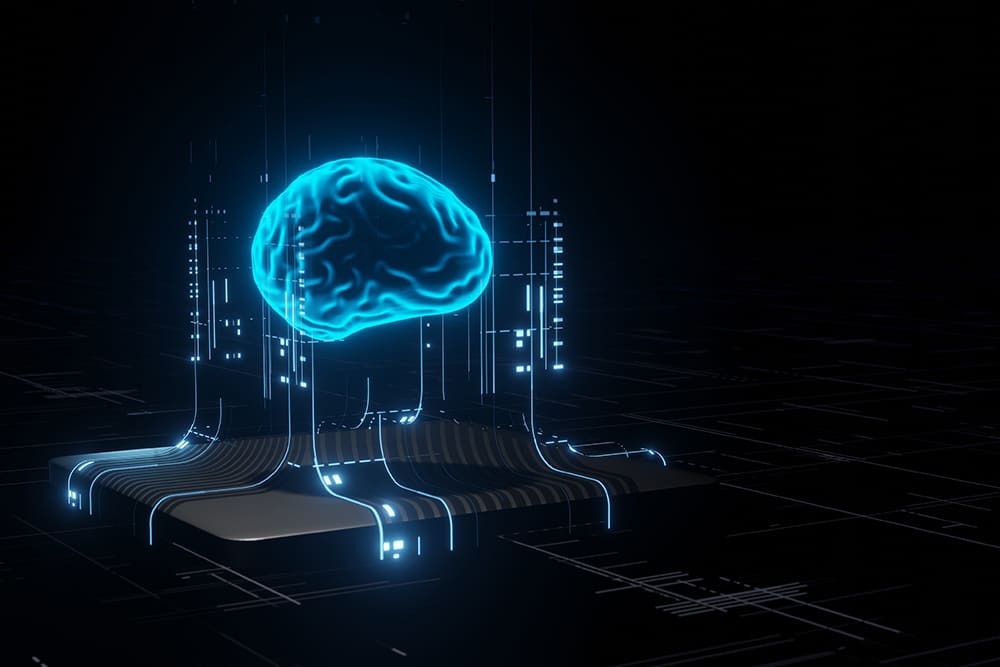 Image Annotation : A Quick Insight into How We at Cogito Annotate Images 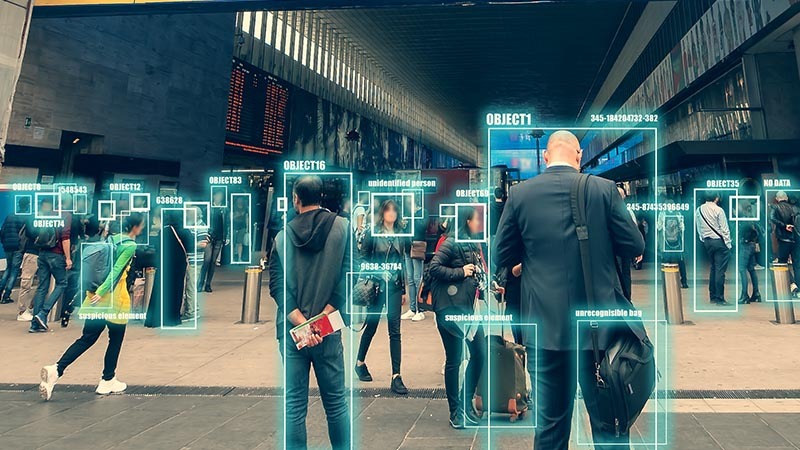